There's a good reason Chinese proverbs are often quoted: “Choose the work that you love, and you won't have to work another day” especially rings true when it comes to entrepreneur Andrew Summers. A native of Edinburgh, Scotland, Summers spent 20 years in asset management with London-based Morgan, Grenfell & Co. and Morgan Stanley. He co-founded Silchester International Investors in 1994 and retired in 2006.

“I was in international asset management at the start of America’s move into international markets and so experienced the early tidal waves of growth from this, including opening up emerging markets for American institutional money,” he said. “With my gains from finance, I am now able to pursue my passions: education, golf and children.” 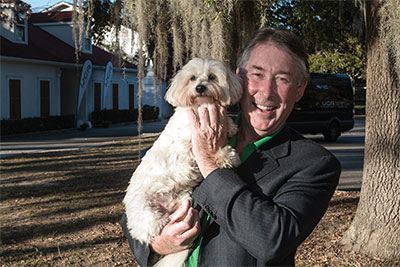 Summers was drawn to Hilton Head Island for family reasons — and, of course, the golf — making it his home in 2005. He served as chairman and trustee for five years on the board of directors at Hilton Head Preparatory School, where he grew the endowment fund and was instrumental in the school’s boarding program to bring in international students. Summers also is a strong supporter of preservation and supports local nonprofit organizations, including the Gullah Museum of Hilton Head Island.

In 2014, Summers purchased the Heritage Academy, a private high school that serves 130 students with a passion for sports or the arts, as well as the International Junior Golf Academy (IJGA), which attracts national and international junior golfers.

“At the IJGA, we have students from about 20 countries, which is exciting. About one-quarter of the student body is American; another quarter is from Latin America and the remaining students come from China, Japan, Taiwan and even Myanmar,” he said. “They aspire to play college golf in the U.S., and we expect our graduates to be awarded collegiate scholarships. It's very courageous on their part — some arrive with just a smattering of English and must absorb and be immersed in American culture. Our college placement advisers have a good relationship with college golf coaches.”

The students typically spend 20 hours a week playing golf. The academic component of the program is based on a block system, an intense method of study offering more efficiency and flexibility.

Summers is busier than ever pursuing new projects — he recently acquired Old Carolina Golf Course in Bluffton and will be expanding the training facilities in housing for students. He recently recruited Jonathan Yarwood, a British PGA Master professional who has been working with Summers at his Bishops Gate Academy near Orlando, Florida, which opened in 2014.

“Yarwood has the strongest resume in junior golf over the last 20 years, having been coach of the elite groups of students at IMG for 10 of those years, and will join the IJGA in August, with the intention of also expanding the golf academy to local residents,” Summers said.

Summers’ former experiences as a teacher and assistant housemaster in Scotland at an all-boys boarding school prepared him well for his work with IJGA and Heritage Academy, and his years in asset management gave him experience in being entrusted with valuable assets.

“Being entrusted with peoples' children, it's a massive show of trust and parents are expecting measurable reports, as we provided in asset management, to re-earn the trust at every stage,” he said. “My main passion is the character work we do with our students, developing the characteristics that will be important in later life, such as grit, determination, self-esteem and self-confidence, and golf is the perfect vehicle for this work. Good behavior and character are the essence of golf."

Summers’ passion for education extends across the Atlantic to the Eastern Cape of South Africa. In 2008, he cofounded the nonprofit Calabar Foundation, which funds educational projects that use technology to support education and advance literacy, as well as capital projects at qualified schools.

“My charity helps to educate over 4,000 students with computer labs and software providing math and English skill tests, the foundation subjects that many students come to the high school unprepared in, and are essential for future study,” Summers said. “The charity was set up to honor my parents, who were missionaries in education.”

Rarely does Summers play a full round of golf, but he is out most days playing a few holes, often with his Coton de Tulear, Snuffles, by his side.

“Playing recreationally, you can forget about all of the issues. I love the outdoors, the challenge and the companionship,” he said. 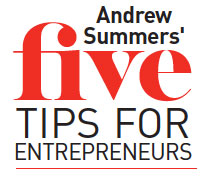 1. Have a clear vision.
2. Keep things simple.
3. Be extremely disciplined.
4. Ensure alignments of interest.
5. Have a motive that’s driven by the greater good, rather than profit.