As we write this in the final days of 2016, investors are asking themselves how a year that started so grimly ended up … well, not all that badly. The year began with the worst 10 trading days ever to start a year. Even after a month-end rally, the Dow lost 5.5 percent in January 2016, driven by fears of a slowdown in China and plunging oil prices, and the NASDAQ fell nearly 8 percent. Then in June, the experts got the Brexit vote wrong, and markets once again reacted violently; U.S. stocks fell more than 3 percent following the vote, with the Dow losing 610 points — its eight largest point loss ever — erasing the year-to-date gains in an instant. Finally, on the evening of the election, stock market futures crashed more than 750 points before recovering and beginning a powerful “Trump rally” in November and December. Now it’s time to look ahead. Here are a few items of interest to us as we plan for 2017 and beyond.

PREPARE FOR A NEW TAX CODE 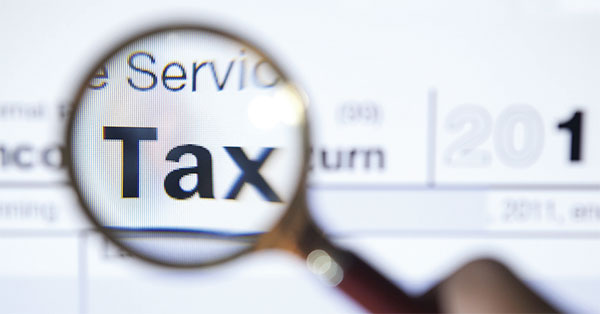 Although the overhaul of the tax code is a work in progress and details are still unclear, proposals from President-elect Donald Trump and House Republicans share several features. The current seven tax brackets will collapse to three — 12 percent, 25 percent and 33 percent — and the standard deduction will be increased from $6,300 to $15,000 for single tax filers, and from $12,600 to $30,000 for married couples filing jointly. Itemized deductions will be now capped at $100,000 for single taxpayers and $200,000 for married couples filing jointly. Alternative Minimum Tax, which affected some 27 percent of households with incomes between $200,000 and $500,000, will likely be repealed. Estate taxes are on the chopping block as well, and the step-up in basis upon death currently in place could be eliminated, albeit with a $10 million exemption for married couples filing jointly. The 3.8 percent Medicare surcharge affecting married couples with modified adjusted gross income of more than $250,000 ($200,000 for single taxpayers) is also scheduled for elimination.

PLAN TO LIVE A LONG TIME

Investors’ intimations of mortality have not kept with modern medicine, and people consistently underestimate how long they will live. This can have serious consequences on a lifetime plan for investments and income. A 65-year-old woman has a 42 percent chance of living to age 90, and a 21 percent chance of living to age 95 — nine years beyond her current life expectancy. The odds are almost one in three that one member of a 65-year-old couple will live to age 95. A woman born in 1960 has a nearly 15 percent probability of living to be older than 100. 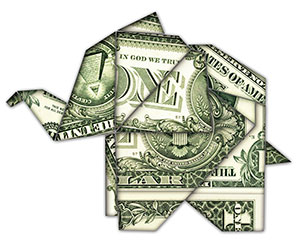 Be aware of the biases that lead us to poor decision-making. In addition to confirmation bias, in which we seek out information that reaffirms our past choices and reject or discount information that challenge them, we must recognize overconfidence, the belief that we know more than is possible about a stock, a company, or the markets in general. Overconfidence results in all kinds of wrongheaded decisions, and frequently includes the tendency to buy and sell more often, which is almost always costly. A 2009 study by professor Terrance Odean and his associates at the University of California on individual trading suggested an average annual cost, or performance penalty, of 3.8 percentage points when compared to more passive strategies. Another bias to account for: in an era of 24/7 media, stories are repeated endlessly and elaborated upon until others take their place. This can distort our decision-making processes. A 2013 study by Thomas Koch and Thomas Zerbach identified a strong positive relationship between repetition and statement credibility. The more we hear something, the more truthful it sounds. And bad news, because it sells, gets repeated endlessly.

Stay invested. Most investors don’t set out to time the market, but become so fearful when prices dip down that they fall prey to the predictable prophets of doom. Investors without a written plan can easily let changes in their emotional circumstances chart the course of their investments. It is uncomfortable to invest in times of economic or personal stress and crisis, of course. But the market never knows how you are feeling. Our experience suggests that investors will feel the pain of a market decline at least twice as strongly compared to their positive reaction to a comparable gain. A recent study by Charles Schwab compared average returns in 20-year periods beginning in 1926 and ending in 2014 for four hypothetical investors, each investing $2,000 a year. The investor with perfect timing, who invested at the lowest point in the market each year, averaged an ending portfolio of $179,116. The investor who invested at the highest point (i.e. with the worst timing) averaged $145,885. And the investors who simply invested their $2,000 on the first trading day of the year averaged $166,464. Another way to look at this; If through timing errors you missed the 25 best days (out of 11,620) from 1970 through 2016, your total average return would have been 3.4 percent per year, compared to 6.7 percent per year had you stayed fully invested. 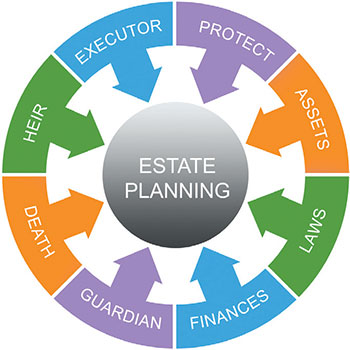 Who benefits? Some of the most egregious financial errors have to do with who inherits after you’re gone. Even if you have carefully reviewed your estate plan, an unintended consequence can result in hurt feelings and resentments at best, and real family discord at worst. Take this opportunity to separate out and review your beneficiaries on assets that are passed by beneficiary designation. These would include IRAs, Roths, 401(k) and 403(b) type plans, insurance policies, and annuities. They need to be consistent with, or at least set up in a way that works with your primary estate planning document, your will or trust. Understand what gets passed by the will or trust, what gets passed by beneficiary designation, and what gets passed by contract, i.e. a home or other real property held in joint tenancy. If your home is in joint tenancy, be sure right of survivorship is specified on the deed.

There are reasons that balance and diversification have been the foundations of successful investing over many decades. There are also reasons why investors violate them so often. We can define this as follows. Diversification can reduce certain kinds of risk. For example, if you own only five companies, bankruptcy in even one can permanently reduce your asset by 20 percent. That’s not a 20 percent decline; that is a 20 percent permanent loss. And while a portfolio of stocks of 20 companies is also likely to have bankruptcy risk, you have much less exposure. Can you avoid this risk by only investing in “good” companies? Well, Lehman Brothers, Enron, Delta Airlines, Pacific Gas and Electric, and General Motors are just a few recent examples of “good” companies that suddenly went bad. While diversification involves investing across a broad selection of a single-asset class (like stocks or bonds) to reduce a specific risk like bankruptcy, portfolio balance involves including different asset classes in your portfolio that move in uncorrelated ways and are affected by different economic forces.

GET PAID FOR RETIREMENT SAVINGS

What could be better than an incentive to save in the form of a tax credit that will reduce your taxes and, in doing so, help fund your retirement contribution? Yet many eligible individuals completely miss out on the Retirement Savers Contributions Credit. You may be eligible for this if you are age 18 or older, not a full-time student, and not claimed as a dependent on another person’s tax return. Here’s how it works. Depending on your income, you will be able to directly reduce your tax bill by up to 50 percent of your contribution to your IRA or retirement plan, up to a maximum or $2,000 ($4,000 if filing jointly). This credit is in addition to any tax deduction received for contributions made.

The amount of your tax credit depends on your adjusted gross income, and of course, the amount of your retirement plan or IRA contribution. Although the credit is primarily designed to incentivize lower income taxpayers, married couples filing jointly with an adjusted gross income of $61,000 can still qualify. And the credit can be taken for contributions to traditional or Roth IRAs, or 401(k), 403(b), 501(c)(18) and governmental 457(b) plans. For in-depth information on income eligibility limits for this year, visit https://www.irs.gov/pub/irs-pdf/p590a.pdf. 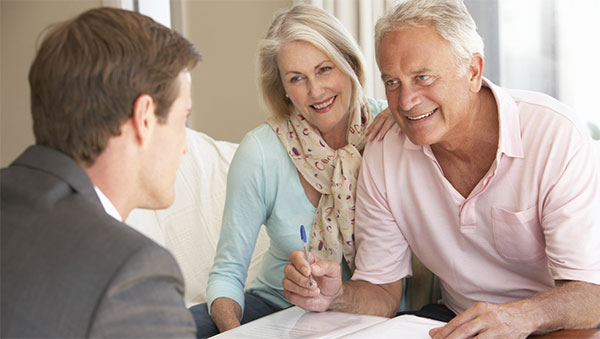 Steven Weber is the senior investment adviser and Gloria Maxfield is the director of client services for The Bedminster Group. The Bedminster Group is a registered investment adviser providing investment management and estate and financial planning services. The information contained herein was obtained from sources considered reliable. Their accuracy cannot be guaranteed. The opinions expressed are solely those of the authors and do not necessarily reflect those from any other source.