EDITOR’S NOTE: As part of Monthly’s yearlong 30th anniversary celebration, we are highlighting 30 years of different industries in each issue. This month, we feature the financial experts and institutions that helped shape Hilton Head Island, Bluffton and the surrounding Lowcountry.

Hilton Head, Bluffton have always been good places to do business

Hilton Head Monthly has undergone many changes over the past 30 years. What started as a 16-page, black-and-white newspaper in 1985 has grown into the 207-page, glossy magazine you hold in your hands today. The publication’s ownership, format and name changed several times over the past three decades, but its mission to serve readers has not.

In many ways, the local financial industry has followed the same arc. It started with just three banks and a handful of planners, registered representatives, investment advisers and money managers. Today, Hilton Head Island and Bluffton boast 138 lending institutions with an equally impressive number of financial specialists.

Over the past 30 years, the names and owners of many of these financial institutions have changed, mostly due to buyouts and mergers. Still, demand for their services remains very high with the affluent citizens of the Lowcountry.

One could argue Hilton Head Island’s financial history can be traced back to three Beaufort men in the late 1970s: Claude Surface of Bank of Beaufort, Elred Moody of Hilton Head Bank and William Sheffer of Peoples Bank.

After years of experiencing healthy profits north of the Broad River, the three expanded their operations with branches on the up-and-coming island.

Surface was first, opening a Bank of Beaufort in Harbour Town. It was open for three hours every Wednesday. Moody followed suit with Hilton Head Bank, located where Bank of the Ozarks sits today. Around the same time, Sheffer opened Peoples Bank off Pope Avenue, where Ameris Bank is today.

All three banks were successful and others in the industry took notice. The Bank of Beaufort built a much larger facility off Pope Avenue, where TD Bank sits today. It was the bank of choice for many islanders. Peoples Bank became Bankers Trust and Hilton Head Bank was sold to Community & Southern Bank.

To challenge Bank of Beaufort’s perception as the “best bank on the island,” C&S built a much larger facility off Pope Avenue, near the entrance to Shipyard Plantation. To keep pace, Bankers Trust constructed and moved into the Pope Avenue building that Bank of America operates out of today.

“Everybody was kind of jockeying for position,” said Randy Dolyniuk, a longtime banker who is now chairman and CEO of CoastalStates Bank. “The reason all the banks were moving that way was because downtown Hilton Head was the Coligny area. That’s where all of the business was.”

BUMPS IN THE ROAD

The financial landscape of the island took several hits in the late 1980s with a gust of bankruptcy and scandal. First, Ginn Holdings Corporation failed. The company owned three of the island’s largest plantations, almost half of the golf courses, more than a dozen tennis courts and a marina. To compound the problem, the stock market crash of 1987 was followed by a recession in 1989.

During that challenging period, Hugh McColl’s North Carolina National Bank purchased Bankers Trust and many other banks to become the largest financial institution in the South.

NCNB tried to become even more powerful by launching a hostile bid for C&S, but, partly as a defensive measure, C&S merged with Sovran Financial Corp. out of Norfolk, Virginia, to form C&S/Sovran. Just two years later, problem loans all but forced C&S/Sovran to merge with NCNB to form NationsBank. The bank later acquired and adopted the better-known name of Bank of America.

With the ongoing recession, many credit unions and mutual savings banks left the market.

In the mid 1990s, Lighthouse Community Bank came onto the scene. At the time, it was the only privately held bank in the community and quickly developed a large customer base.

In the late ’90s, economic conditions rapidly improved. In 1996, Orangeburg-based First National Bank opened a Bluffton office, followed by a Hilton Head branch in 1998. As the economy continued to improve, many specialty lenders also made a home in the Lowcountry.

Mortgage Network, a Boston-based mortgage bank, opened a Hilton Head branch in 1996. David Crowell, a close friend of the founders, led the charge.

“I arrived with a mission to open the Southeast for the company,” Crowell said. “In the late ’90s and into the early 2000s, my effort grew extraordinarily. The housing market here was extremely hot. … There is no substitute for good timing.”

In 2003, Lighthouse Community Bank was acquired by SunTrust in a $130 million deal. At the time, SunTrust said that out of 873 counties across the Southeast, Beaufort County, Hilton Head Island in particular, was the 13th best county to be doing business in. 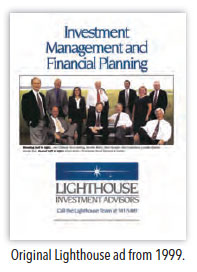 “We’ve always been a fee-only, registered investment advisor,” Chiacchiero said. “We are required to act in the best interest of our clients. Oak Advisors came onto the scene in 2005 but our core team has been together since 1997. For us, it’s the common vision of always wanting to do the right thing for the client.”

“I asked myself, ‘Who are the best bankers I can find in the marketplace?’” Dolyniuk said. “We came in with a team that was second to none. Today, I think it’s still second to none.”

At the time, CoastalStates was one of 16 banks in southern Beaufort County. Just two years later, that number grew to 22.

“There was a limited supply of real estate on Hilton Head and great demand for it,” Dolyniuk said. “The price goes up, the bubble occurs and the recession starts. That recession consolidated banks all the way to what we have today.”

THE URGE TO MERGE

Today, many banks in southern Beaufort County are the combination of mergers. 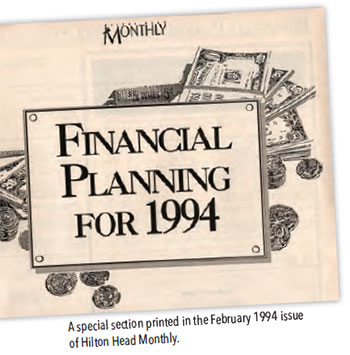 “On a retail side, what the customer expects and is looking for has changed dramatically since we entered the market in 1996 (as First National Bank),” said John Boretti, senior vice president and regional president of South State Bank. “Today, you can deposit a check with a phone photo of that check. That’s something we would have never dreamed of when we first got started.”

TD Bank is the accumulation of Carolina First and Anchor Financial. Bank of the Ozarks entered the market by purchasing a Bluffton bank that failed.

There are positives and negatives to both.

Big banks are good for consumers in many ways with plenty of ATMs and branches, a deep menu of financial services and cutting-edge tech tools at their disposal. They are all about convenience. 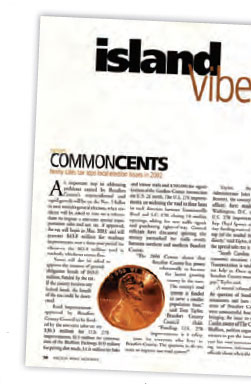 The locally owned banks have deep roots in the community and often give back by sponsoring local events and donating to local charities. They often have lower or no fees for many services and no balance minimums. They are all about personal service. On the real estate side, mortgage banks continue to be a smart option for many customers.

On the investment side, specialists continue to surface. Christopher Tassone, a financial adviser with AXA Advisors since 2007, has been on the island for 28 years and operates Physician’s Choice Financial.

“When I first came to Hilton Head, it was a lot of tourist business,” Tassone said. “There weren’t a lot of residents here. It was more second and third homes. Over the years I’ve seen a huge transformation of people moving here and having families.”

Tassone noticed an increase in physicians, dentists and medical professionals. He opened Physician’s Choice Financial to meet the financial needs of those professionals.

By all indications, the financial future of southern Beaufort County appears to be very bright. Over the next several pages, we feature the financial experts and institutions that have helped shape the region over the past 30 years and are positioned to lead the region through the next 30 years.