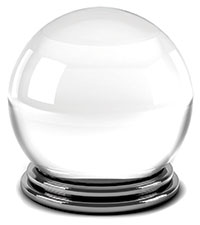 Welcome to 2015 and year five of the recovery from the Great Recession! It is that time of year when the pundits — those with the education and skills to forecast as well as those who just take it upon themselves to profess — offer up their versions of what will happen in this year. One of the beautiful things about economics, and forecasting in general, is that rarely does anyone listen or keep score. So here is my outlook for 2015 and what it might mean for us living on Hilton Head Island.

10. To no one’s surprise, the Federal Open Market Committee (FOMC) of the U.S. Federal Reserve will begin a process of raising interest rates at mid-year.  What might catch some off guard is that as the short-dated (meaning less than five years to maturity) interest rates rise, there is a significant chance that long-dated rates  (meaning rates with greater than five years to maturity) could drop, leading to an “inverted yield curve” that signals an oncoming recession.

9. As the FOMC becomes active in adjusting interest rates upward, we can expect some volatility in the equity markets. It happens every time the Fed enters a cycle of increasing rates. Notwithstanding the volatility, both the Dow and S&P 500 move up 8 percent to 10 percent in 2015.

8. Your short- and intermediate-term fixed income assets will lose value in 2015 as interest rates move higher. The key here is not to panic but to rely on your financial adviser in managing your assets to protect principal and maximize return. Risk management will be key in the markets we likely will see in 2015.

7. Who am I to take issue with Boone Pickens when it comes to forecasting oil prices? But I’m going to. With oil down from $110 a barrel to $53 a barrel at the end of 2014, I think we are headed lower. Boone says we are headed back to $90 a barrel by the end of 2015, but I say we are more likely to see $40 a barrel first.  This is exceptionally good news for us on Hilton Head. First, as consumers of gasoline we have received a significant tax cut amounting to nearly $1,200 a year in fuel savings. Second, we will be the beneficiaries of more spendable dollars as tourists show up on the island in April and May. Restaurants, dolphin tours, kayak rentals and other retailers will enjoy a record year, and that translates throughout our local economy.

6. The dollar will continue to strengthen against other currencies.  As our visitors show up on Hilton Head, our full-time residents can take advantage of a dollar-induced sale on travel to Europe.

5. Job growth will continue to be robust and employment “slack” should keep wage growth moving higher, but only marginally. This is all good as Americans return to work and inflation stays under control. With gas prices doing what they are doing, “headline” inflation could turn to disinflation.

4. Mortgage rates, despite downward pressure on the longer dated interest-sensitive instruments, will move higher. Our government’s interest in reducing federal involvement in mortgage lending will take its toll on borrowers.

3. This year is the only hope for getting things done in Washington, D.C. But don’t expect much, as Congress will pass bills President Barack Obama won’t sign and Republicans don’t have the votes to override a veto. There is still an opportunity to see progress on corporate tax reform and trade initiatives, but that is about it. By the end of the year, we will be hot into the presidential election cycle for the 2016 race.

2. Speaking of presidential elections, you’ll be able to say you heard it here first: I predict that Hillary will drop out and Andrew Cuomo, governor of New York, will become the leading Democrat. Jeb Bush emerges as the front-runner on the Republican side. Two old-time political families go at it as our nation tries to move toward the center.

1. Finally, homebuyers come back into the market in a big way and we see our real estate market emerge from the doldrums. This is great news for all of us on Hilton Head and in Beaufort County.

I have enjoyed the past year of writing this monthly column. It has caused me to take time to reflect and consider what is going on around me. Thanks to the Hilton Head Monthly team for indulging me.

Elihu Spencer is a local amateur economist with a long business history in global finance.  His life’s work has been centered on understanding credit cycles and their impact on local economies.  The information contained in this article has been obtained from sources considered reliable but the accuracy cannot be guaranteed.